Ari Lennox has finally released her album after years of anticipation. age/sex/location is the album after She Butter Baby that the grammy nominee singer last released back in 2019. The album includes three features who are Chlöe on ‘Leak it’, Lucky Daye on ‘Boy Bye’ and Summer Walker on ‘Queen Space’.

‘Queen Space’ was also on her surprise EP that Ari released on 31 August titled ‘Away Message’. The EP served as an appetizer to hold off her fans before she dropped the album while she also took a mini break from social media.

New EP, to hold you over until the album, love ya

Two days before the album dropped Ari took to Twitter in a long thread to thank everyone that contributed to making the album a success. She listed everyone from all the featured artists, producers, and management. She also mentioned how the album is a transitional space before her current eat prayer and love the journey she has recently embarked on.

This album is the transitional space before my current eat pray love journey ❤️❤️❤️ pic.twitter.com/0AmS24Hbuw 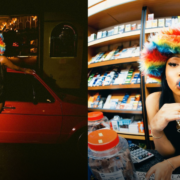 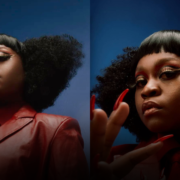 The Re-Introduction of Sampa the Great – “As Above, So Below”