In recognition of the musician’s outstanding musical talent and impact on world culture in 2022, Apple Music has named Bad Bunny its Artist of the Year. In 2022, so many of the biggest names in music made incredible music, but just one really dominated the year. Un Verano Sin Ti, the artist’s sixth project in four years that was released this past May is one of the most streamed albums on Apple Music in 2022, It is now the most popular Latin album of all time. Beyond the staggering sales figures, Bad Bunny has in fact been a key player in the recent seismic change in global pop music.

When I started, I didn’t have a global fan base. I’m grateful for everything I’ve accomplished and everything I’ve experienced. The Latin music movement has grown so much. I would never take full credit or say, ‘It’s because of me.’ No, it’s every one of us. A whole generation. Our energy and presence are always felt. Thank you to Apple Music and to all the people who listen to my music every day. I’m super happy!

Bad Bunny takes control of the La Formula playlist today and personally selects his favourite songs from artists like Myke Towers, Rauw Alejandro, Mora, Jhayco, and more on Apple Music. Bad Bunny is the only artist playing all day on Apple Music 1. Listeners can listen in to a variety of radio programming honouring Bad Bunny, including fresh specials, previously broadcast content, interviews from the artist’s early days, and playlists that highlight the musician’s various facets and his momentous year.

We’re thrilled to celebrate the achievements of Bad Bunny, whose influence on every corner of culture could not be ignored in 2022. Watching Bad Bunny ascend from an Apple Music Up Next artist in 2018 to our Artist of the Year this year has been nothing short of extraordinary. We congratulate him on his record-breaking year and for continuing to bring Latin music to a massive global audience.

Here is a little retrospective of Some of Bad Bunny’s Most Memorable Moments on Apple Music:

According to Apple Music’s global streaming figures, Bad Bunny is the most popular Latin musician of all time. Un Verano Sin Ti, which was released on May 6, 2022, quickly rose to the top of the list of Latin albums on Apple Music in terms of first-day streams across the globe.

The biggest Latin song of all time according to first-day streams globally is Bad Bunny’s ‘Moscow Mule.’ Bad Bunny broke the record for the most concurrent entries by a single Latin artist with 22 tracks on the Daily Top 100: Global.

More than any other Latin musician, Bad Bunny’s tracks have debuted at No. 1 on the Daily Top 100 in 34 different nations. In 77 different nations, he reached the top 10 on the charts. More than any other Latin singer, Bad Bunny has 44 songs that have debuted in the Daily Top 100 in various nations, including three that have topped the Global chart.

By first-day streaming, Bad Bunny has the top three Latin albums at Nos. 1, 2, and 3.
Bad Bunny was selected as the first Latin Up Next artist for Apple Music’s rising artist programme in February 2018.

Additionally, he hosted the first six episodes of Trap Kingz, the first Spanish-language international radio programme on Beats 1 radio, in 2017. 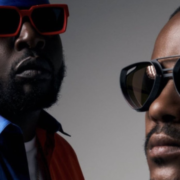 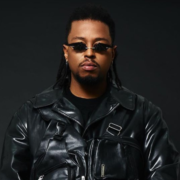