After dropping off his latest cold emPress project not so long ago, BELO SALO has just shared the official visuals for the song called ‘treachery interlude’ that was shot & directed by @uno.gondo. Now according to his post about the video this offering makes it his official music video and was shot within a neighborhood he grew up in being ‘Mollywood’ (JHB South).

The song was produced by sorryzeke and is definitely a stand-out record off the tape… Visually we find BELO mostly performing the song within outdoor locations in his hood, as mentioned above, with some shots finding him set up in a whip plus some visual effects are also showcased here & there. Artistically more could’ve honestly been done to increase the immersion element that the joint provokes but from a surface level, it does enough to carry the song’s essence. 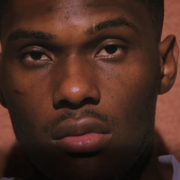