Beyonce’s return will be one that will be talked about for centuries the Crazy In Love singer reportedly received $24 million for her one-hour performance at the Atlantis The Royal Resort in Dubai, which was her first live performance in four years.

The star-studded production got underway on Saturday night. Violinists wearing long red skirts and glittering gold headpieces took the stage first, followed by additional musicians and Beyoncé’s dancers who stood motionless with their hands folded in front of the Egyptian-themed backdrop. Queen B then rose up on a platform in a yellow corseted dress with a feathered skirt and a feathered backpiece as audience members at the invite-only, hour-long show began shouting with delight.

Blue Ivy danced beside Beyoncé as she began to sing “Brown Skin Girl,” flawlessly imitating the dance moves being performed by the dancers next to her. Throughout the evening, Beyoncé changed into three different outfits. Following that was a crimson corseted jumpsuit with a skirt on top, and the performance ended with a sheer minidress with crystal embellishments.

For guests paying $285,000 a night for a suite, surely only the biggest star on the planet is adequate entertainment. 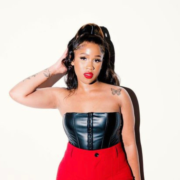 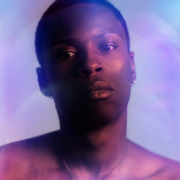