Burna Boy and Tems are currently two of the biggest artists globally to hail from Nigeria and seeing their names on the 64th Annual GRAMMY nominations list comes as no shock. Burna Boy released one of the biggest songs this year ‘Last Last’ which was followed through with a masterpiece of an album titled Love Damini. He got two nominations, one for ‘Best Global Music Album’ and the other one for ‘Best Global Music Performance.’

Tems only has two EPs and a handful of singles, but the work she has done and the accolades she has received in the past two years are impactful and inspirational. From working with Beyoncé’s album Renaissance, being featured on Future’s ‘Wait For U’ and now being featured on Black Panther: Wakanda Forever. Her nominations are for ‘Wait For U’ ‘Best Melodic Rap Performance’ and ‘Best Rap Song.’

Nigerians are undeniably flying the Nigerian flag high and taking their afrobeats sound to different parts of the world and it is delightful to witness. 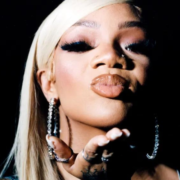 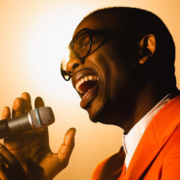