CKay took to social media to release the album’s tracklist revealing that the album has 12 songs that include three songs that we already know of which are ‘Love Nwatiti(ah ah ah)’, his recent single ‘You’ and ‘Watiwa’ which features Nigerian superstar Davido and South Africa’s Amapiano new school cool kid, Focalistic and Abidoza. The new album Sad Romance explains the difficulties he faced and all the emotions he went through on the way to popularity.

Sad, romance, happiness, pain, depression all kinds of emotions inspired this album. So many talented people worked with me to create it. I’m excited for you guys to listen to it and more excited to not listen to it alone.

You can Presave Sad Romance below: 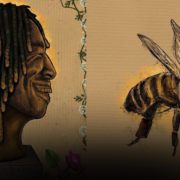