The list is made up of creatives and artists who are in a multitude of creative fields and also driving culture forward in their own right. Hypebeast describes these creatives as “a collective roster who’ve continued to inspire vast industries and communities with their seasonal collections, gallery works, numerous collaborations and meaningful contributions to social efforts.”

Daily Paper, a high-end Dutch streetwear clothing brand founded by three African creatives; Hussein Suleiman, Jefferson Osei & Abderrahmane Trabsini made it to the list and they are the only Africans on the list. Daily Paper emerged as a lifestyle blog in Amsterdam back in 2008 which then turned into a creative collective and eventually one of the biggest brands not only in Europe but globally.

Fuelled by a rich heritage, Daily Paper offers a way for a continued conversation to bridge cultures and communities and as a vehicle to learn about cultures outside the West while teaching the world about theirs. The cult label follows the drop-based model that primes itself for the contemporary streetwear world. The designs incorporate traditional African prints inspired by the co-founders’ heritage and have established their own cultural currency with high-profile collaborations, including with Off-White and Puma. 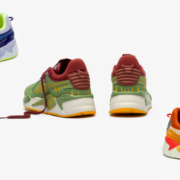 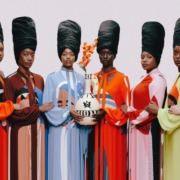