Drake and 21 Savage have just released their joint tape titled Her Loss and we haven’t seen Drake collab with another artist since What A Time To Be Alive with Future. Drake seemingly has a knack for producing gems with Atlanta based artists with him linking up with 21 Savage for their joint effort.

The pair announced the joint album with a video for “Jimmy Crooks” where 21 Savage’s verse was purposefully omitted. The album has a runtime of 1 hour with a total of 16 tracks with a singular feature from Traviss Scott. In traditional joint tape fashion, each artist has songs where they have the opportunity to flex their ability, and 21 Savage’s moment came via “3AM on Glenwood”, which sees him take a more introspective perspective while Drake took over solo duties on “Middle of the Ocean”, “Jumbotron Shit Poppin” and “I Guess It’s Fuck Me”, which all follow a similar blueprint to “3AM on Glenwood”.

Ultimately the project sees Drake return to his 6 God phase, where he raps over more intense Hip-Hop production and 21 Savage’s maturity is the icing on the cake. Listen to the Her Loss below. 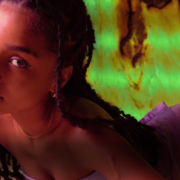