Cape Town has long been an influential area in SA Hip Hop, with many artists from the area feeling as though they aren’t being as recognised as they should be. What I love about the current crop of rising talent in Cape Town is their approach to demanding the spotlight.

Flow Jones Jr. has been bubbling in the local hip hop for some time and the game has been patiently waiting to find out what a Flow Jones Jr. album would sound like and he has delivered the answer to that via his Big Supa Way Album.

Sonically this album is what you would expect from a Flow Jones Jr. The album is unapologetically trap-influenced, which goes against the grain in hip hop today. When listening to Flow Jones Jr. the source of who inspired him is very evident however that isn’t to take anything away from him. Music is creativity that lends from previous creativity. What is important, and what separates artists is their ability to execute said inspirations in their own way. Big Supa Way made absolutely no attempts in pandering to a broader audience and I respect Flow Jones Jr. artistic integrity on the album; however, I look forward to his growth and exploration into a different sound. Listen to Big Supa Way below. 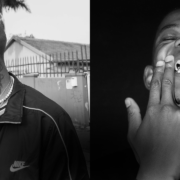 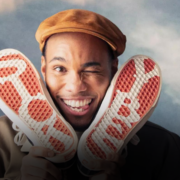