Jamila Woods finally releases new music after two years of only featuring in other people’s music. Her latest song is called ‘Boundaries’ it is a mix of alternative R&B, Neo-soul and Contemporary R&B. The song starts off with a mesmerizing set of guitar strings playing followed by Jamila Woods’s soft vocals. In the song, Jamila talks about the risk of fully opening up to a person she also contemplates letting someone in so that they can fully know her so that she sets boundaries around herself during the early stages of a relationship.

Boundaries” is a song about the negotiation between private and shared space in a new relationship, the risk involved in letting someone get close enough to see your rough edges. I think a lot about the Prentice Hemphill quote, “Boundaries are the distance at which I can love you and me simultaneously.” The song is about learning the difference between erecting boundaries out of fear versus out of love. 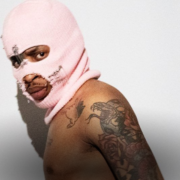