I have said this many times before and I will say it again. I hate new music Fridays. It’s overwhelming and leaves very little room for a consumer, let alone a journalist, to listen and digest a release. You wouldn’t swallow your food without chewing it right? The same principle goes for music.

However, this Friday has been a rather exciting one for me with a number of amazing releases from top-tier artists. In the odd case you haven’t read it yet, I had the honour of conducting Jay Jody’s first-ever interview as a solo artist.

Now, onto the reason you clicked on the link. Jay Jody has continued the Revenge Pack series with the release of The Revenge Pack: Before Sunset. I am yet to discover the golden thread between the Revenge Packs, but it would be foolishly presumptuous of me, or anyone else, to think that there isn’t a deeper underlying meaning behind the releases. Upon my first listen, I could feel that this is somewhat of a training exercise for jay Jody with him seamlessly switching between pockets of flows across beats that carry smooth bass undertones that hover between R&B-infused rap production.

I have my fingers crossed that Jay Jody naming this single pack Before Sunset is his way of hinting that the album is coming soon. Listen to The Revenge Pack: Before Sunset below. 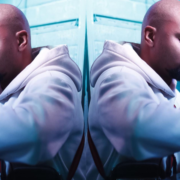 Josiah The Disciple Breaks the New Season With “The Interlude” EP 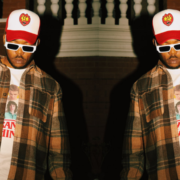