After teasing off its release last week, K.O has come through and dropped off a new freestyle called ‘SKHANDAVILLE’ that pretty much has him going in heavy on the provided instrumentals… Instrumentals because the beat switches up towards the end as K.O switches the pace and flow.

This new drop also starts setting the tome for K.O highly anticipated #SR3 (Skhanda Republic) album which is still expected to drop this year after it was delayed a bit because initially it was supposed to have been released last year… Yeah, ‘SKHANDAVILLE’ is hard and knowing that there’s a bigger drop on the way has us excited. 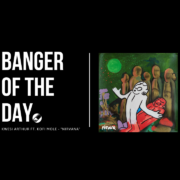