Kabza De Small is viewed as one of the foremost pioneers of the Amapiano genre and his partnership with DJ Maphorisa has made the sound global. Over the weekend, he took to social media to share that his latest album, titled KOA II Part 1, is finally ready and available for Pre Order on your DSP of choice.

Music in the Amapiano genre comes thick and fast, and Kabza De Small is not letting go of the genre’s unwritten laws with the release of 6 singles. The singles include features from frequent collaborator Msaki, Adiwele hitmaker Young Stunna as well as vocalists Simmy and Nkosazana’s Daughter & more. The 18 track album may be a mouthful for listeners who aren’t familiar with the genre, but with the hot streak the Kabza De Small has been on, I doubt this album will have filler songs. Kabza hasn’t shared any news regarding a release date, only that we can expect the album sometime in June. For now, enjoy the singles he released on Sunday. 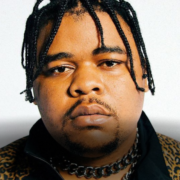