Celebrating his birthday, this past Wednesday on the 3 August and gifting the world with the visuals to Memoirs, he continues the roll out to DIASPORA due 2nd September. Maglera Doe Boy releases the heavy kick bass single, Makazana, on DSPs. The gentlemen from Kanana continues the story of his neighborhood giving the public the true story of the township he grew up in. Being proud of the area, he uses his lyrical vocabulary to be brutally honest about a day in Maglera. Known as the rap feature destroyer, Maglera Doe Boy uses Diaspora to bring light to the hardships that people face in Kanana, using it as a cry for help.

Maglera Doe Boy’s attention to detail can be heard throughout the whole project, as he graphically describes movie like scenes about his hometown. The lyrical talent of the young man is exquisite, he manages to paint an image with each single that has been releases from Diaspora. This excites the public even more and leaves the mind to wonder what more he can unpack. The content and structure of the mixtape is a piece of art that will be studied in detail in future.  This also comes after the fact that he was sent a message from a super fan, who used the visuals of Memoirs to teach students about film.

This single grab your attention from the first few seconds, with the real-life sound clip about Maglera Doe Boy’s neighborhood describes a gruesome crime and describing the poverty of the township. This is still after many years of democracy. The up-tempo beat has the grimy kick-drum-led beat which brings the gritty sound to life. 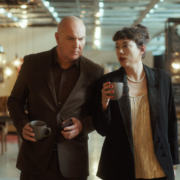 What To Expect This August On Netflix 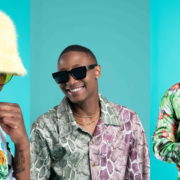