Mavin Record has grown to become one of Africa’s most prominent Afropop institutions, carrying heavyweights within the music industry like Tiwa Savage, Reekado Banks, Korede Bello, Di’Ja, Dr Sid and others. Mavin Record is set to release its all-star compilation project this Friday, December 2.

We are incredibly blessed to be 10. It’s not easy to have that staying power in our industry, but our fans have been amazing. They’ve been with us on this journey and they’ve relentlessly supported the amazing talents we discovered and groomed here at Mavin. We are inspired to do more and to continue pushing the industry to the global stage.

You can look at the full tracklist below: 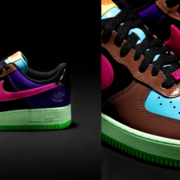