Ayra Starr is one of Africa’s rising stars and at just a mere age of 19, she has secured her spot in the limelight and solidified herself as a force to be reckoned with, I mean she is 19 & dangerous after all. Ayra describes her sound as Afrosoul, and she draws inspiration from Angelique Kidjo, 2Face, Wande Coal and Rihanna. Signed to Marvin Records, owned by the legendary Don Jazzy it is beautiful to witness her blossom.

Her music speaks for a generation of girls around the world who are finding themselves, united by angst and emojis.

Arya made her debut at the Colors Studios just a couple of hours and gave us a refreshing performance that was opened up by her new single titled “Ase.” Draped in a pink mini pleated skirt with a matching tube top, pink knee-high fur boots and a silky pink glove – it was hard to take my eyes off the screen, because of the enticing voice and the outfit.

If you haven’t watched this performance, click play on the link below. 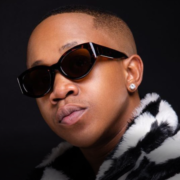