18 days into the new year and rapper, Priddy Ugly is already thinking about his next release.

While keeping busy during his hiatus since the MUD release, Priddy Ugly has been in studio working on new music, which has been in preparation of his 3rd upcoming album that he has just announced on his Twitter account.

Priddy Ugly doesn’t seem to be done with the MUD rollout, as he tweets;

More MUD visuals loading too, which one you want 1st? 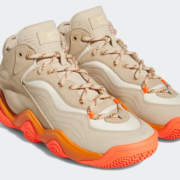