Pianist and producer Robert Glasper has released a new single featuring the late Mac Miller titled ‘Therapy pt. 2’. The song serves as a sequel to Mac Miller’s 2014 Faces track ‘Therapy’ which featured The Internet’s Syd and has the same upbeat production. The song has Mac Miller delivering a Free-flowing rap over jazzy production. The song was released in 2015 and it carries the flow Mac Miller used to have. In the song Mac Miller also sings about an iPhone 6,” I just got the iPhone 6, it looks like Steve Jobs done ran out of tricks Yeah,” which serves as a confirmation that the song was recorded around then because iPhone 6 was released in 2014.

I just sent him the track I was working on and he literally sent that joint back in like 45 minutes to an hour. The whole song was done in 45 minutes to an hour. He was always like that, he always wanted to work. Few times he came and sat in with me, some of my shows, always talking about music. He just really lived off music. Music was literally his air. Gonna miss that dude.

‘Therapy pt. 2’ severs as the first single off Robert Glasper’s upcoming album Black Radio III: Supreme Edition which is scheduled to be released on the 14 of October 2022. The album will serve as an expanded version of his latest album which was released this year in February called Black Radio III. To listen to ‘Therapy pt. 2’ click below: 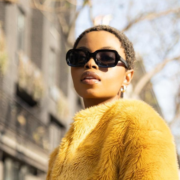 Nirvana Nokwe To Perform At Road to Afrochella SA Edition 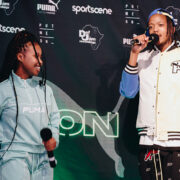 Sportscene’s Put Me On 2022 Competition Reaches Its Final Leg