Nigerian rising artist Ruger released his 7-track album titled The Second Wave (Deluxe) and it is the stuff of Afro Pop gold. Although Afro Pop has long been a mainstay genre on the African continent, it has seen a transformation in recent years and that process has seen the traditional form of the genre fall out of favour, particularly among the younger generation. Ruger is perhaps ready to take the mantle for Afro Pop in this new generation of artists, offering a sound that is more ‘pure’ in its execution.

Following his 2021 single, “Bounce”, Ruger must have been eager to silence any noise about his ability to make hits and I think it is safe to assume that he delivered a well orchestrated album with a cohesive sound. Listen to Ruger’s The Second Wave (Deluxe) below. 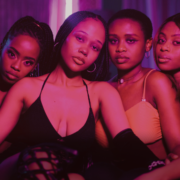