‘Give Me Ya Luv’ is Scumie’s official first single released by Def Jam Roster, this song features the multi-genre hitmaker Blxckie aka “Somnyama yena yedwa”. ‘Give Me Ya Luv’ is about to take the music scene by storm given how warmly welcomed on social media streets.

The Johannesburg-based multitalented singer, rapper and songwriter already graced the hip-hop streets with some dope performances and appearances, especially when she was featured on one of the biggest events COTTON FEST classes of 2022. She was noticed by notable figures in the hip-hop community when she unfolded her persona on Sportscene’s Weekend Turn Up since the social streets dubbed her as the kool kid. Scumie debuts ‘Give Me Ya Luv’ as her first album for the label with more hits packed under her belt as ammunition.

‘Give Me Ya Luv’ is a star-studded tune which features Blxckie who is known for his signature skit ‘YE’. The ‘YE X4’ hitmaker delivered a dope verse, and Scumie skillfully balanced the song with a flow, a catchy melody, and a Persian accent that would increase your enthusiasm for love and put you in a condition of a strong need for unity with others. If you like Rihanna’s ‘Man Down,’ this will be your new favourite song because it combines elements of hip hop, R&B, pop, and reggaeton to create a broad sound.

‘Give Me Ya Luv’ is your holiday vacation soundtrack; the bongo drums and congas used in the production give you a Jamaican tropical summer mood. To listen to ‘Give Me Ya Luv’ press below: 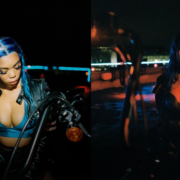 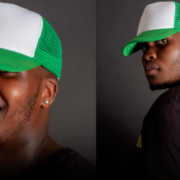