If you have been tapped into the local scene then you’ll know that Season 98 has long been a prominent figure but you would be forgiven if his name doesn’t necessarily ring a bell. The young producer boast production credits with the likes of Zoocci Coke Dope, Flvme and more.

Producers are still undervalued assets in the game which is why it brings me joy to see one releasing their own song under their name instead of taking a backseat to artists. If you take a look at Season 98’s Instagram you’ll notice that he goes by the moniker ‘West Coast Composer’ and after listening to “Move”, I completely agree with him. The West Coast sound has proven challenging to execute with most producers taking a distasteful copy and paste approach. Season 98’s meticulous execution of the sound is nothing short of spectacular and the featured artist in Ecco the Beast and Tyson Sybateli clearly understood the assignment. Listen to “Move” below; 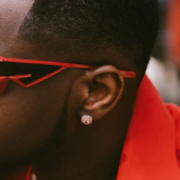