South Africa’s biggest streetwear retailer, Sportscene, nears the end of their annual PUT ME ON music competition for 2022. This year’s competition received over 4000 entries from all over the country, all aiming for the #PMO2022 crown. 2022’s Finale will be held at the Sportscene Sandton City store on Thursday evening the 13th of October 2022 from 18:00.

Unlike the previous PMO editions, this year’s finale will see an increase in finalists, from a top five, to a top ten. The intensity and hype around the competition has grown so much so that this stage had to be expanded to accommodate the high level of talent. The finalists for 2022 are; Ayanda King, Bad Milk, Bea, Denzel The Artist, Golden Raps, Hailo, Jayy T Kumkani, Kenji TMZ, Leezy Lindokuhle and Venusraps.

The finale once again gives the top ten contestants a chance to perform in front of a live audience, as well as PMO celebrity judges; Youngsta CPT, Zoocci Coke Dope, Kay Faith, and the finale’s guest judge, Blxckie. The judges will critic the performances and then, together with the PMO team, deliberate on who will take the #1 spot. Aside from the contestants, those in attendance will also be treated to a special performances by Costa Titch and previous PMO winners Lucasraps and Holy Alpha. This year’s winner walks away with R30 000 in cash, R50 000 in Puma merchandise, a fully produced single with a top South African Producer, a music video, and an all-expenses paid international trip to one of the world’s biggest festivals.

When asked about #PMO2022 Sportscene’s representative Scott Kleinschmidt said; “This year’s group of contestants have been incredible – to have a finale that features a top ten from all around the country, and with a 50/50 mix of guys and girls, is testament to just how much undiscovered talent we have in SA. We’ve also seen a big increase in audiences at the event as well as an elevated level of production all around which is very much in line with the growth of the Sportscene x Puma x PUT ME ON competition”

Both Sportscene and Puma have remained dedicated to providing development opportunities for the country’s youth. Their partnership has made PUT ME ON one of the most popular creative culture events on the SA calendar. Past participants such as Lucasraps, Trusted SLK and Holy Alpha, have all benefited greatly from the competition. Now South Africa waits in anticipation for its next musical star to rise into the spotlight. 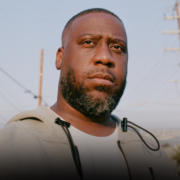