In the past 24 hours, the Atlanta, Georgia R&B singer-songstress, Summer Walker took to her Instagram story to announce the countries that she will be touring in this year.

It is unsure what is meant by “Africa” because a lot of American artists refer to South Africa as “Africa”, in which may not be the case, as Africa is the world’s second-largest and second-most populous continent, after Asia, so it could be any country within that continent.

A lot of her South African fans are hoping and manifesting that the tour is indeed in South Africa, as they’ve been wanting her to come perform this side since the release of her 2021 album, “Still Over It”. 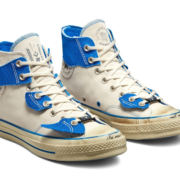