The 2018 release of Life + Times of A Teenage Influence marked The Big Hash’s announcement of intention in South Africa. On November 18, 2022, Hash realizes that intention with the release of his debut album, Better Late Than Never.

Over the past four years, he has released 3 EPs, 2 mixtapes, and a number of features. In this time, he has gone from teenager to young man as his growing and vocal fanbase watched and supported him. It goes without saying that this release was one he’s fought hard to realize.

“As a person who lives to create, I really take pride in my work. If there’s one thing I know about myself, I will never put out something that I’m not happy with. I know that when I walked into the industry and put out the bodies of work that I did, I set a standard for myself. I can only choose to break the ceiling of that standard. I’m hungry to prove myself, to prove that when I create I am the best that creates.

Below is a teaser of the album artwork. 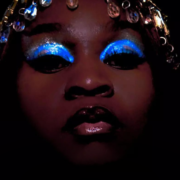 Watch: New Sampa The Great Visuals for “Let Me Be Great”