The Tembisa rapper, Touchline started the year on a high note with the release of his mixtape titled, S.O.O.N 2 (A Better Year Ahead). On this Touchline pays homage to those close to his heart with his introspective storytelling ability on his mixtape ‘SO.O.N 2 – Abbreviated from ‘Something Out Of Nothing’.

The 10-tracker offering featured the talents from K.O, Phantom Steeze, King Sweetkid, Zolile 3K, Veena, Loki and Celza. Touchline promised his fans/supporters with an album later this year but rather gifted his listeners with an extended play titled, Before I Say More in September, that was very reflective on past relationship hardships. The current six-tracker EP hears collaborations from J-Smash, Veena, the elite MC, Stogie T and the late rapper Tumi Tladi.

Last night, Touchline shared his gratitude for having his mixtape nominated for Mixtape Of The Year at this year’s South African Hip-Hop Awards taking place in December. The rapper surprised his fans with the announcement of the official deluxe edition of S.O.O.N 2, scheduled to be released on the 2nd of December 2022, with an addition of 6 new songs.

It is exciting to see an artist gift fans with re-introduce their projects with additional songs packaged as deluxe versions. The deluxe release culture in South Africa has not been popularized and in their defense, the attention spans have been extremely short.

The significance of a deluxe release is to boost streams on the already existing songs. They also allow artists to expand upon an album’s original tracklist in a way that enhances the original listening experience. It can be interesting to see an artist release cut songs created in the same creative headspace of the original album. 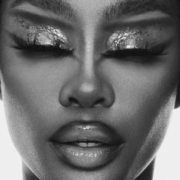 Sza Reveals The Title Of Her Upcoming Album