Rising Nigerian artist Victony, recently released his Outlaw Album. Judging from the cover art, one can tell that he offers a fresh interpretation of African soundscapes. The Outlaw title fits well with the extraterrestrial pictured on the cover, highlighting his outlier mindset. He opens the album on an inspirational note with the song “Outlaw”. His vocals float atop the scenic production whilst touching on themes of determination and the road less travelled.

“In my position as an artist, many people would want to tell you how to live your life and what to do at different points”

The Nigerian native has an interesting execution of Hip Hop, R&B and Afro Pop. Songs like “Chop & Slide” and “Apollo” display his ability to introduce different audiences to the sounds of Nigeria, with the former leaning into modern R&B. I enjoy how the album progressively becomes more adventurous, more of a personal preference than a mark of a good album, as I feel it slowly eases the listener into the increasingly Nigerian inspired sounds on songs like “Jolene” and “Soweto”.

By the time you arrive at the closing song of the album, “Kolomental”, you are deeply entrenched in his sound, and it leaves you wanting to explore more of his world. Despite being a self-described outsider, he has a way of fusing genres into a palatable listen for international audiences. Listen to Outlaw below. 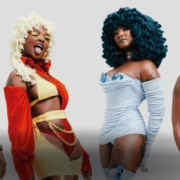 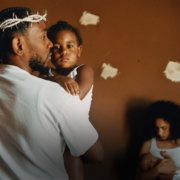