We all get it. Making music isn’t cheap. However, there is beauty in making do with what you have. Scarcity tests the bounds of creativity and throughout my observation of Don Calya, she has relentlessly pushed herself, not only in the scope of music she creates but also in her visual offerings. The execution of “My Guy” is simple, yet it does so much in relaying the message behind the song.

The music carries the same sort of charm that you would find in an independent film because of its seemingly straightforward approach. I think the concept of the music video does an amazing job at enhancing the intimate nature of the song. It made me look deeper into the lyrics and meaning behind it, elements which are usually lost because of the construction of Pop as a genre.

Watch the music video for “My Guy” below and look out for Don Calya’s upcoming EP titled The Arrival. 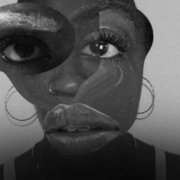 In Loving Memory of Lunga Ntila