This past Saturday, the world’s #1 club Hï Ibiza held another staggering and once-in-lifetime showcase that was of course headlined by our very own Black Coffee which was a performance that was even supported by the likes of Drake who made an appearance.

Black Coffee’s set of course included some music from Drizzy current Honestly, Nevermind project which Black Coffee heavily contributed as an executive producer for, and its quite evident that the moments shared were pretty special but have a look for yourselves below: 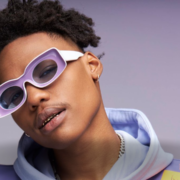 Lucasraps Announces Release Date For “031 To The World” Deluxe Album