As Indigo Stella gears up to drop her Interstella album very soon, the artist decided to help with the wait by dropping off a brand new freestyle titled ‘Empire’ that is said to find her sharing what her mental state is like right now, how life has been for her lately, and some of the goals she has been reaching.

In the official video for it, Indigo can be seen showing off that she reps JHB by roaming around the streets which is said to prove that she isn’t afraid of them (the streets) as its been reported that she recorded this video on one of the notorious highways and parks in Johannesburg…

The beat is mellow and allows for us to hear her each and every word. Some really dope lines here and lines that make you aware of some things, it’s been rumored that Indigo Stella stays in studio, and likely has enough material for 3 albums, could the future catalogue line be about that? I guess we’ll have to see. 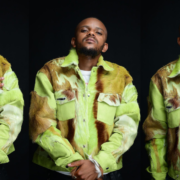