Kuchi Cola recently released the music video for a song titled “Cry Baby Cry” which is taken off her Clown’s Tears Album. The music video opens with Kuchi Cola in front of a mirror, dressed as a clown. As we watch her remove her makeup, we hear a voice note from a lover saying that he isn’t ready to make things official with her. Seemingly unhappy with this, she looks down at her phone and enters the solace virtual reality session. On a side note, I love the attention to detail the edits provided to this music video and its overall meaning. It kind of reminds me of a scene I would see on Black Mirror.

In solace, she seems to be at peace and she is surrounded by love. The shot of her with a tiara, flanked by her companions is a powerful one. I Imagine this is how Kuchi Cola sees herself. The music video closes off with her completing her solace vr session and immediately enters a new vr session called the twilight zone. I can’t wait to see how the rest of this story unfolds. Watch the video below. 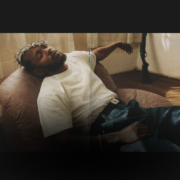 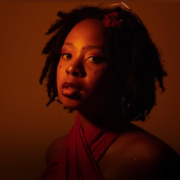 Namakau Has Released A Celestial Offering With “Landing” EP