Last week, Shooterkhumz released the official visuals for his ‘God’s Incense’ record that has him assembling Priddy Ugly and ZuluMecca together to deliver one rap-heavy and piercing transitional tune… This song, of course, stems from ShooterKhumz I Was Overthinking This debut project that dropped towards the end of September.

Halfway in, the video and song then switch up energy and pace-wise (lyrically) as the group is showcased in what we deem a flashy aesthetically in-house production set where both Priddy Ugly and ZuluMecca switch gears to offer fans another heighten hip-hop immersive experience… Everything is fire over here. 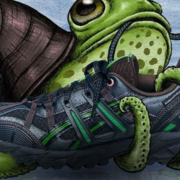