You can also look forward to a number of other shows.  Locke & Key returns with season 3, who knows what they may uncover as new secrets unfold. Stay tuned and keep up with the Locke family as they Dodge their enemies. . We also bring you Never Have I Ever: Season 3 and Glow Up: Season 4.

In the thrilling final chapter of the series, the Locke family uncovers more magic as they face a demonic new foe who’s dead-set on possessing the keys.

Devi and her friends may finally be single no more. But they’re about to learn that relationships come with a lot of self-discovery — and all the drama.

Ten new contestants test the limits of their creativity as they tackle a variety of challenges in hopes of becoming the next big name in makeup.

The critically-acclaimed series returns with UNTOLD Volume 2, a four-week docu-series event that once again brings fresh eyes to epic tales from the wide world of sports. From football to basketball and streetball to sailing, these stories aren’t the ones you’ve heard before, even if you think you have. Premiering weekly, each film kicks off at a pivotal moment and then delves deep into what happened beyond the headlines, as told by those who lived it, to reveal the grit, resilience, heartbreak, triumph, violence, comedy and pathos beneath the sweat.

Watch: Nanette on her “Vent” Visuals 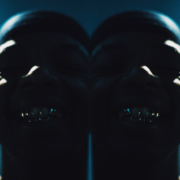 Maglera Doe Boy Welcomes You To The Township With Makazana