His government name is Oniyide Azeez Abdul Adigun, but he is popularly known as Zinoleesky, a Nigerian afrobeat and street-pop sensation on the rise to being a superstar. He announced his forthcoming EP and revealed the title Grit & Lust, the official cover art and tracklist.

Grit & Lust is scheduled to be released this coming Friday and it only has two features which include two of some of the most alluring Afrobeats artists, Ayra Starr and Omah Lay. The EP will have a total of eight songs, three have already been released; ‘Personal’, ‘Call of Duty’ and ‘Rocking.’

GRIT and LUST drops this Friday! This project means so much to me. Big thanks to @ayrastarr and @omah_lay and every producer that worked on this project. 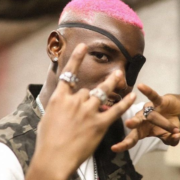 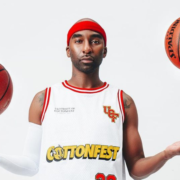